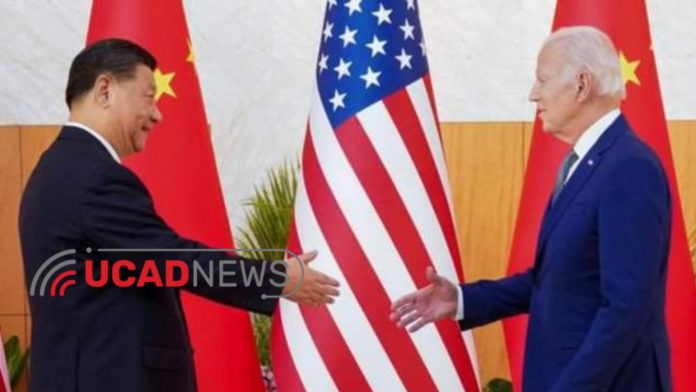 A face-to-face meeting between US President Joe Biden and Chinese President Xi Jinping was held in Bali, Indonesia on Monday. The White House said both leaders expressed their opposition to the use of nuclear weapons in the Ukraine conflict.

Mr. Arriving in Bali for the G20 summit. The meeting between Biden and Mi Xi lasted for three hours. At the beginning of the meeting, the two leaders smiled and shook hands in front of the reporters.

The meeting is expected to warm up the recently frosty relations between the two superpowers.

The White House said that Mr. Mr. Biden during the meeting. Xi said competition between the two countries will continue, but it should not be allowed to turn into a conflict.

Mr. Xi agreed with Joe Biden at the meeting that nuclear weapons should never be used in a war in Ukraine.

Mr. Biden ruled out the possibility of a new cold war between China and the US. He told reporters that he and Xi Jinping understand each other and that Beijing does not want to change the current world order.

During the meeting, he expressed concern over the treatment of minorities in China’s Xinjiang and Tibet regions. He also opposed China’s “coercive and aggressive actions” regarding Taiwan. Biden.

The Chinese president said that the whole world expects that the relationship between the United States and his country should be properly maintained.

The Chinese Ministry of Foreign Affairs said, Mr. Xi has warned that Taiwan’s location is at the heart of China’s interests – the island China considers part of its own.

After US House Speaker Nancy Pelosi’s visit to Taiwan in August, Beijing was angered and Sino-US relations hit rock bottom.
Mr. This is the first face-to-face meeting between the two leaders since Biden became president in 2021. But before that they talked five times on phone and video call and mr. They met several times when Biden was vice president.

When they last spoke in September, they discussed Ukraine, Covid and Taiwan issues.

China was furious after US House Speaker Nancy Pelosi visited Taiwan in August, and President Xi criticized Washington at the time.

China then stopped cooperating with the US on some issues related to climate and the Covid pandemic.

Resuming some of these after Monday’s meeting would be seen as a positive development, a US official told the media.

Travel services, journey lines and carriers gear up for bounce back...